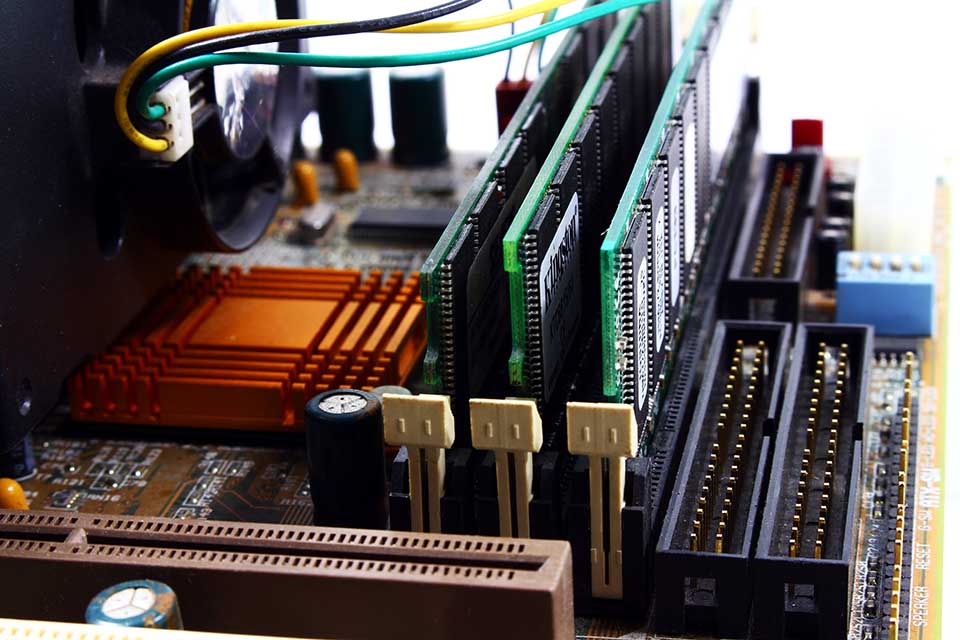 What is Register, Heap and Stack in Java

In this article, we will see how does the Java programming language is doing memory management, we will look at registers, stack, heap, constants, non-ram memory, and the famous Java garbage collector. Let's start with the fastest storage in Java the register.

The register is the fastest storage, because it exists in a different place from the other storages, in the processor. However, the number of available registers is very limited. As a developer, you don't have direct control at the registers, for comparison in C and C++ you can suggest register allocation.

The stack is located in the random-access memory (RAM) with direct support from the processor via its stack pointer. The stack pointer is moving up and down when it is going down it is creating a new memory and when it is going up it is releasing memory. This process is a very fast and great way to allocate storage, just the registers are faster in comparison.

The heap is the general-purpose pool of memory, it is also located in the random-access memory (RAM), the heap is the place where all Java objects live. The heap is a very flexible memory you can simply create a new object on the heap by writing the keyword new and the storage will be allocated on the heap when that code will be executed. The price for the flexibility is that the heap is generally slower than the stack, that's why it can take more time to allocate and the garbage collector to clean up the heap storage.

Constant value lives directly in the code because they never change, that's why they are called constants after all.

There is a data that can live outside of our program, the two best examples are streamed objects, which are turned into the stream of bytes and sent to other machine and persistent objects, which the objects live on the disk so they hold their state even when the program is not running, and they can be resurrected into a regular random-access memory object when they are needed.

Garbage Collector in Java is running in the background and looks into all objects that are in the memory to find out objects that are not referenced. Every unreferenced objects that are found are deleted so the space can be allocated for other objects. Unlike other languages such as C where memory allocation and deallocation it's manually, in Java it's done automatically by default. Objects in Java can be unreferenced by nulling the reference, by assigning the reference to another or by anonymous object. Memory management in Java is a very broad topic here we are just scratching the surface.

In the image below we can see the stack and the heap with reference from the program above. 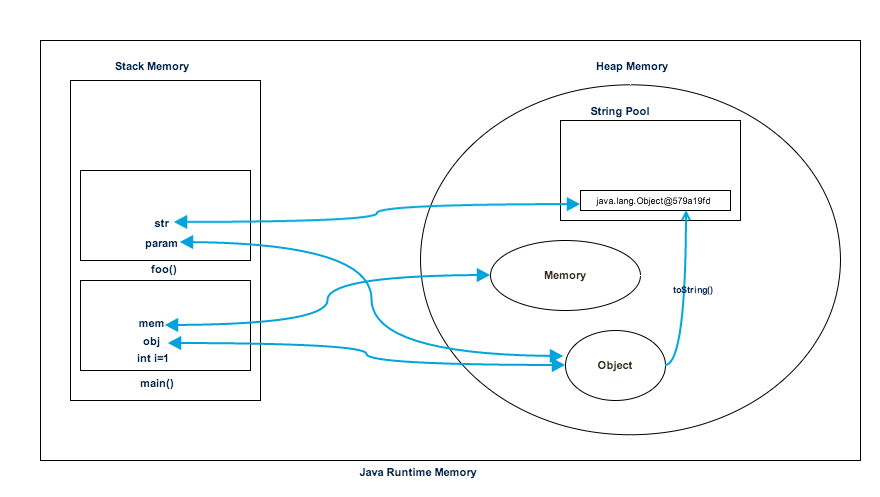 Now let's see line by line the above Java program.

Memory management in Java is a very interesting topic but very broad topic too, Java itself will manage the memory without major interventions by the programmer, but knowing how memory work in will give you the advantage of writing good and optimized code in terms of memory usage, finding and fixing memory leaks.