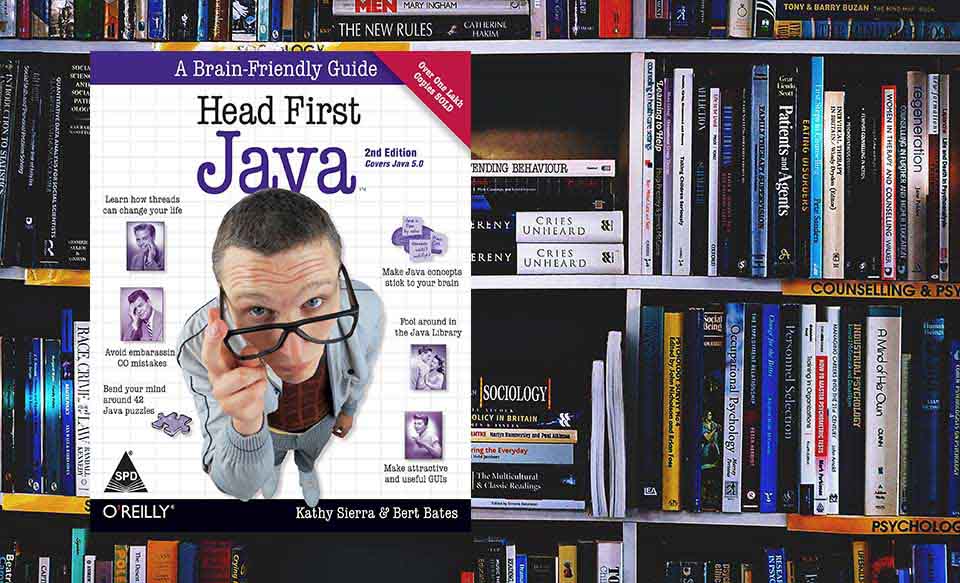 Learning a new Programming language is not an easy task, and to learn a new language the best way is to read a book. If you check the Top 50 books on Amazon in the Computers and Internet (C&I) section you will for sure find a book from the Head First series. Head First Java written by Kathy Sierra, is a book about the Java Programming Language, first published in 2003, since then it is one of the best books to start learning the Java Programming Language. As with the other books in the series Head First. The format of every Head First book in the series is somewhat different from the other books, and that is same for the Head First Java which is rich with pictures, quizzes, tips and tricks to make the learning of the particular topic much easier.

The learning approach in the book is mostly object-oriented, this is great because if you are a beginner you will gain the right mindset on object-oriented programming. The book is a little under 700 pages, and there are 18 chapters.

Head First Java covers every aspect of the Java programming language for starters. It starts with some basic topics around the programming and from one to another chapter it goes on more complex things.

Overall head First Java has a heavy emphasis on object-oriented philosophy. It is a great book to get started with Java, but as we saw in the topic above, as we go from one to another it also covers some of the more advanced topics, which means it offers much more than just introduction.

You can find the Head First Java on the link below on Amazon: