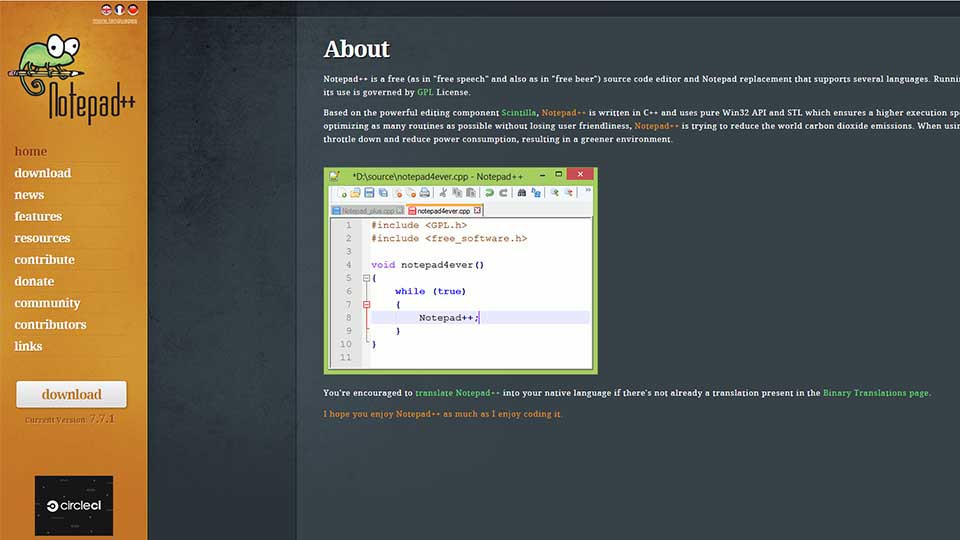 Notepad++ is the simplest text editor by far and that's why it is so popular at beginners,.It’s a code editor, plain and simple. If you are just starting with coding it is the best text editor for you, so you won't get overwhelmed by the environment offered up by other text editors. A lot of experienced developers are using Notepad++ as their everyday text editor because it’s light, effective, and does what it needs to do. It was developed in 2003 by Don Ho and even after 16 years, it continues to be one of the most credible text editor for developers and programmers. It has been rated as the "most popular text editor" and "most used text editor" by Lifehacker and Stack Overflow,

There is one downside, it is available just for Windows users. 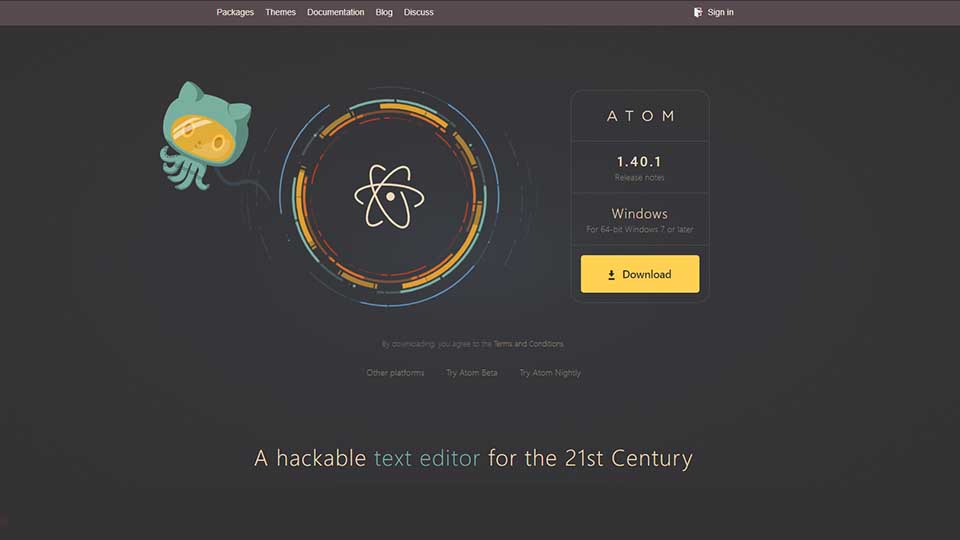 Atom was first started by Github in 2014 and now owned by Microsoft. Atom is a free and open-source, and highly customizable it offers thousands of packages to the users. The best part is that packages install easily by just typing the specific command. The interface is highly customizable that gives ample scope for personalization where one can change looks, fonts and more. A hackable text editor for the 21st century by its admission, Atom is perfect for first-timers as well as veteran developers for text editors. 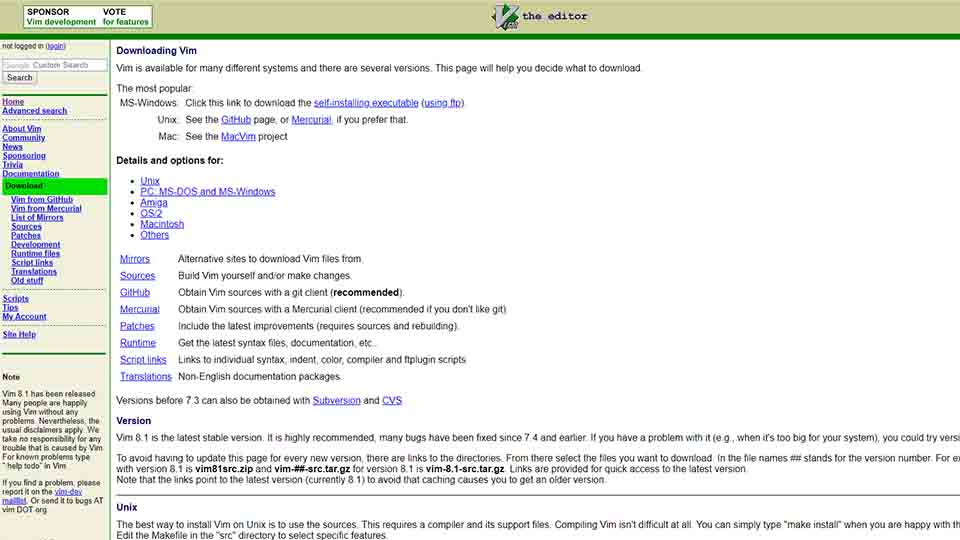 Vim is the text editor from coders for coders and it is the hardest one to master it. Vim was started in 1991 back then, it was considered one of the most prominent text editors. This makes it one of the oldest text editors, and it’s quite impressive that Vim is still being used by developers around the world. Vim has a steep learning curve and it is not newbie-friendly, but once you get past the UI, you’ll see why the text editor is designed the way it is. 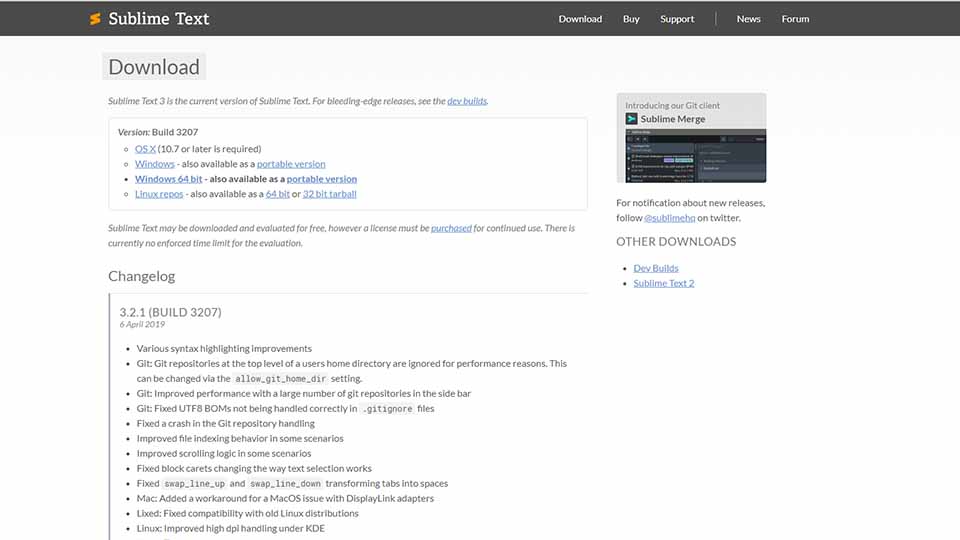 Sublime Text feature-rich code editor available from 2008, it was developed by Jon Skinner and Will Bond and it has been a top-selling editor for eleven years. The User Interface is beautiful it is designed for code and It is written in C++ and Python. Sublime Text offers a rich package repository that extends its features far beyond the initial download. Sublime Text is fit for new developers as well as for experienced developers, it is the right editing tool for smooth and fast editing.

While Sublime Text cost $80 it can be used indefinite with its never-ending trial. 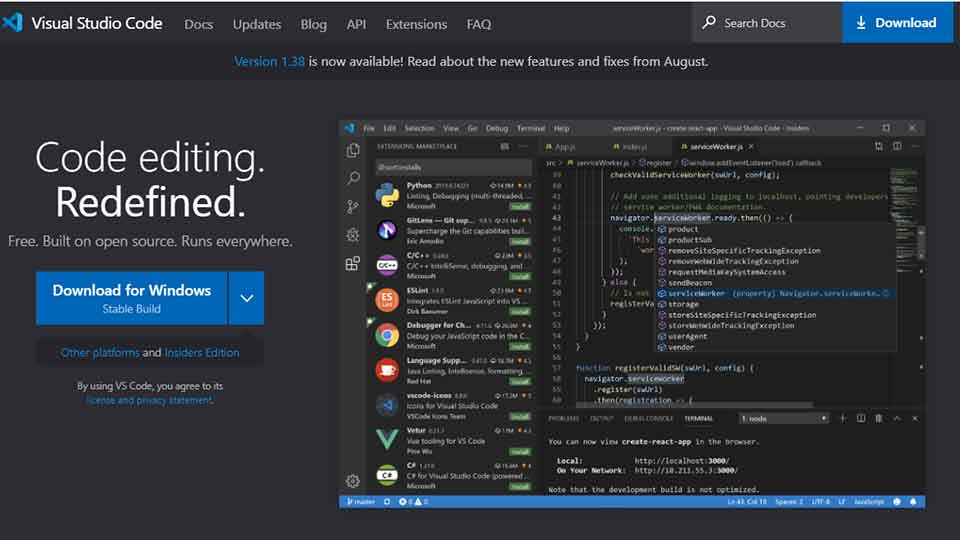 Visual Studio Code or (VS Code) has become the standard for software development in the last few years. Visual Studio Code was released by Microsoft in 2015 and it is available on all major platforms (Windows, Mac, Linux) and can do most of the tasks of an IDE with the right configuration and plugin library. IntelliSense feature is the one we found most important, which takes syntax highlighting and auto-completion to the next level. Visual Studio Code is open source and the community work very hard to keep it on the top. Visual Studio Code is built with Node.js and Electron.